Home > Ask Our Experts > Letting a Property in France: What are the Tax Implications?

Letting a Property in France: What are the Tax Implications? 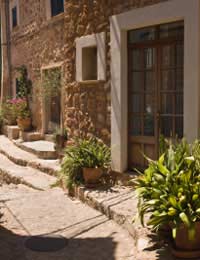 We bought a property in France in 2006. My husband died December 2008, so I do not want to live there any longer but don't want to sell it either as the market is not what it was. I am contemplating letting the property but I am concerned about the tax implications. Would I have to pay tax twice, on the proceeds from the rental - i.e., in France and England?

Letting out a property in France will count as taxable income in both France and the UK. However, France and the UK have a double tax treaty, which means that tax paid in France can be offset against the tax liability in Britain. Basically this means that you will have to pay income tax on the property in both countries but the French tax will be deducted from the UK tax.

If the tax paid in France turns out to be higher than the tax that is owed in the UK then you will not have to pay any tax in the UK. There will not be any refund made for this difference. If the situation is reversed and the UK liability is higher than the French tax then the difference will have to be paid in Britain.

Non Resident of France and Tax

If you are a non resident of France the income tax rate will be a minimum 20% on the net income made in France. Non residents can apply for a lower tax rate. The non resident will need to apply to the French tax authorities and provide documented proof of their world wide earnings. If you are domiciled in France, meaning France is your main residence then the tax will be added to other income and the tax can be as much as 40% depending on the amount of income.

There are three common types of taxation on property rentals in France. The Micro-BIC applies to furnished rentals where the income generated is less than 32,000 euros per year. The tax will be made on 50% of the gross income with the other 50% deducted as expenses. You do not need to prove these expenses or show accounts. However, this does mean that the property will always show a fixed taxable profit. The property owner can never show a lower net profit or a loss, this is one of the drawbacks of a Micro-BIC.

If the property rental is unfurnished and the gross income is below 15,000 euros per year then the taxation percentages will differ. This will be known as a Micro-Foncier and property owners can simply deduct 30% as expenses leaving the other 70% of the gross rental income to be taxed.

Rental income over 32,000 euros will be taxed under the Regime Reel Simplifie (RRS). This means that expenses on the property such as mortgage interest, insurance and repairs can be deducted. The Regime Reel Simplifie may be cost effective for those who make a loss on their rental income or if their expenses turn out to be more than 50% of the gross income for the rental. If a property owner wishes to opt in to the RRS from a Micro they will need to notify the French tax authorities and this option will stand for two years.
Next Page