Home > Financing > Will Owning a Second Home Affect My Benefits?

Will Owning a Second Home Affect My Benefits? 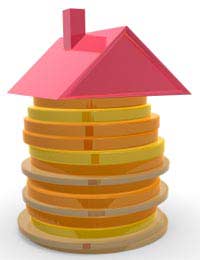 Often those who own a second home are considered wealthy and in a financially secure position, but this is not always the case.

A lot of second homeowners will claim benefits such as housing benefit and job seeker’s allowance. Many second homeowners are finding that because of market conditions they are unable to sell their second property so in some instances are actually making a loss.

It is worth remembering though that while owning a second home may affect your claim to some benefits it can also work in your favour for claiming others.

It is possible to still receive housing benefit for two properties. If you own one property but are renting another, you may be able to claim on the property you are renting, but you will need to show exceptional circumstances.

Housing benefit was not really designed for those that are wealthy enough to afford a second home, but there are some circumstances where you can make a claim:

It is highly unlikely you will be able to claim income-based jobseeker’s allowance because this is calculated by looking at your income and savings. If your second home is rented out this will be classed as income.

There is however a good chance you will qualify for non-income based jobseeker’s allowance which is based on how much National Insurance you have paid in the last two tax years.

If you own a second property you will need to inform your tax office which is your main residence. If you sell one of your properties you will be liable for Capital Gains Tax if it is not your main residence.If you then sell your second home any profit you make from it could be charged at a higher rate of tax depending on the profit.

Benefits such as child benefit and disability allowance are often calculated based on your income and not your assets.

This does not mean however that your second home will not be taken into consideration. If you rent out your second home and make money from doing so this will be classed as an income and it may affect how much you can claim. It will make a difference as to whether you own the house outright or are still paying a mortgage. If you own the house outright it is likely your local authority will use its value and count it as capital.If they do this it will rule out a lot of benefits for you because you will be seen as having a substantial amount of money.

You will also qualify for the benefit if you live in a European country that is part of the European Economic Area such as Spain, Italy and Greece, those residing in Switzerland are also entitled to it. This has caused some commotion because people in the UK have argued that those in sunnier climates do not need the allowance and should not receive it.

The payments range between £125 and £400 each year, but in 2010 the government announced that it is to assess the system to make sure those in foreign countries need the benefit.

Benefits That Work in Your Favour

Holiday and second homes are liable for council tax, but some councils will offer a second homes' discount. This can be anything between of between 10 and 50% off what you would normally pay. The size of the discount will depend on your local authority and the location of your second home.

The vast majority of benefits that are on offer are intended for those that are in financial hardship. If you are making money from your home or you have paid a substantial chunk of the mortgage it is unlikely you will qualify for a range of benefits.

Questionnaire: Can I Buy My Second Home for Children?

Questionnaire: Can I Use My First Property as Equity?

Is it Harder to Get a Second Mortgage Compared to First?