Home > Case Studies > I Released Money from My UK Home to Buy Abroad: A Case Study 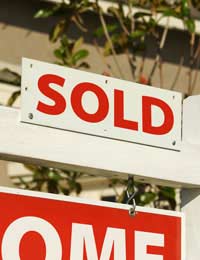 When it comes to buying your second home, the more of a head start you can give yourself the better, so it may be a wise move to try and put down as large a deposit as possible for your second home. This doesn’t mean you should sell your last possession in order to find a deposit, but if you are in a stable financial position you may want to draw on what investments you have in the UK.

Angela and Chris were both in their late thirties when they embarked on their second home. They lived in Edinburgh and wanted to a weekend retreat in Cornwall, away from the harsh Scottish climate.

They were both working but had a lot of their money tied up in their home. They owed around 60% of the equity in their property and their mortgage payments were relatively low thanks to a low interest rate.

When it’s Wise to Withdraw

The next stage in their journey was to visit their mortgage lender. Their current mortgage deal was coming to an end and so they thought now would be an ideal time to remortgage and withdraw the extra cash that they needed to finance an overseas property.

“We spoke to our mortgage lender to find out if we would be able to withdraw the funds. They asked us quite a lot of questions and it was quite hard work convincing them that we would be a wise investment. But after proving that our finances were in a healthy position they decided we could remortgage and use the money towards our second home,” explains Angela.

Putting Down Your Deposit

“Having a large deposit to put down on our overseas mortgage made the world of difference. It brought down our monthly payments and foreign lenders were a lot more willing to invest in us,” explains Angela.

“It did mean an increase in our UK mortgage payments but we had spread it out over the remainder of our mortgage so we were able to afford it.

“We found ourselves remortgaged to the nines but we were now the proud owners of two homes which were both increasing in value and turning out to be successful investments,” explains Angela.

They found that their southern retreat fitted in well with the rest of their lives and they were able to juggle the two mortgage payments.

“Our new southern holiday home meant that we were spending less money on going on holiday abroad, so in some ways we were actually saving money by owning a second home,” explains Angela.

Releasing equity from a UK home is a great way to enable you to get a second home, however you should make sure that you are not risking your current property. Second homes are not for everybody and just because you can afford one house does not necessarily mean you can afford two. You will need to seek professional advice and speak to a mortgage lender about your finances and whether it will be suitable for you to withdraw equity from your UK property.