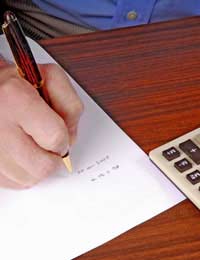 Buying a second home as a way to provide financial security for yourself and your family is a move that more and more British citizens are making. As the property market continues to stay profitable and a ‘safe bet’, people are investing in bricks and mortar again to act as a financial buffer against dwindling pensions and state support.

For many, one of the main concerns of buying a second home as a UK resident is the sizeable amount that will be due to the government should the home be inherited by a family member . There are a number of issues with inheritance tax that are worth researching and some of those are mentioned below.

The Truth About Inheritance Tax

What many people don’t know about inheritance tax is that it is charged on estates on death worth over £600,000, but there are exceptions to this. A couple are allowed to combine their tax allowances of £300,000 each to escape tax on the first £600,000. By 2010, this amount will be raised to £700,000, presumably to take into account rising house prices. The following don’t count as being part of an individuals estate:

Many people who worry about inheritance tax on their second home are concerned that it is simply taxation on already taxed money. Many people also believe it is only a ‘rich persons’ tax and to a certain extent they’re partly right. There is only around 7% of the UK population that actually pays inheritance tax and they do so because their assets exceed the amount set by the chancellor.

In the grand scheme of things, this is a tiny amount of people who are liable for paying inheritance tax so some of the issues may be slightly blown up out of proportion. It does however become an issue for many UK residents when they realise that countries such as Australia have no equivalent to the UK inheritance tax at all.

There are a few options when trying to lower inheritance tax payments on your estate when you die. You can set up trusts to pass on your assets and capital to your children or other family members. In order to do this, you can seek out professional advice from a tax expert. If you own insurance policies, you should have them also written to a trust so that they’re not classed as part of your estate when you die.

If you’re still very concerned about your family having to pay inheritance tax when you are no longer around, you can always set up another insurance policy to cover those bills that your heirs may have to pay.

Is Property A Good Investment?

Where Are the Best Places For Quality of Life?

Can I Switch Second Home Mortgage to Buy-to-let?

Does My Canal Boat Count as a Second Home?