Home > Reasons to Buy > The Facts: How Popular Are Second Homes?

The Facts: How Popular Are Second Homes? 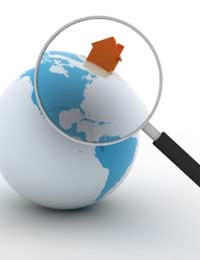 The number of people with second homes has been growing steadily over the past five years, but with it becoming increasingly difficult to get on the housing ladder this may decline in the coming year.

The number of people that are expected to own more than one home by 2010 is set to double. With some one million homeowners looking to rent out a second home, shows recent figures from research firm Mintel.

It shows that more than two million people in the UK own a second home with one million of these buy- to- let landlords.The number of people with buy-to-let mortgages is set to increase by 10% by 2010, but it is unclear what impact the credit crunch will have on this market.

Where People Are Buying

Scotland is bucking the trend and since it increased council tax up to 40% on second homes it has seen a decline in the number of taking out second homes in Scotland.

The credit crunch has meant that more British people are looking abroad for places to invest and buy a second home.Research shows that over three million people are expected to buy a property abroad in the next two years, with some 42% of these looking to buy as an investment.

Around 2.3 million British people own a property abroad, with 500,000 of these being used for investment.The average time that someone spends in their second home is around two to three times a year.

Why People Are Buying

There are a number of reason people are buying abroad, top of the reasons why list is bad weather. Climate is tempting people as far afield as Australia.

Research from Alliance & Leicester International found that 60% of retired British expats think good weather is the factor that most attracts them to the location along with a higher standard of living and better quality of life.

Those expats that moved abroad to run a business, of for family reasons, also say weather is their number one reason for living abroad' for living abroad. While half of those who moved abroad for business rates the standard of living and safety as their favourite reasons for buying there, along with a better quality of life.

Spain and Australia come out on top as the places that are home to the most satisfied expats. Of those people asked, nine in ten thought the weather was the best thing about Australia, with 80% saying the standard of living and 73% the quality of life.

The Facts: Where People Are Buying Second Homes

Is It a Good Time to Buy a Second Home Abroad?

Is it Wise to Buy in your Favourite Holiday Destination?